Subscribe to Anxiety Therapist Podcast today for the latest episodes. 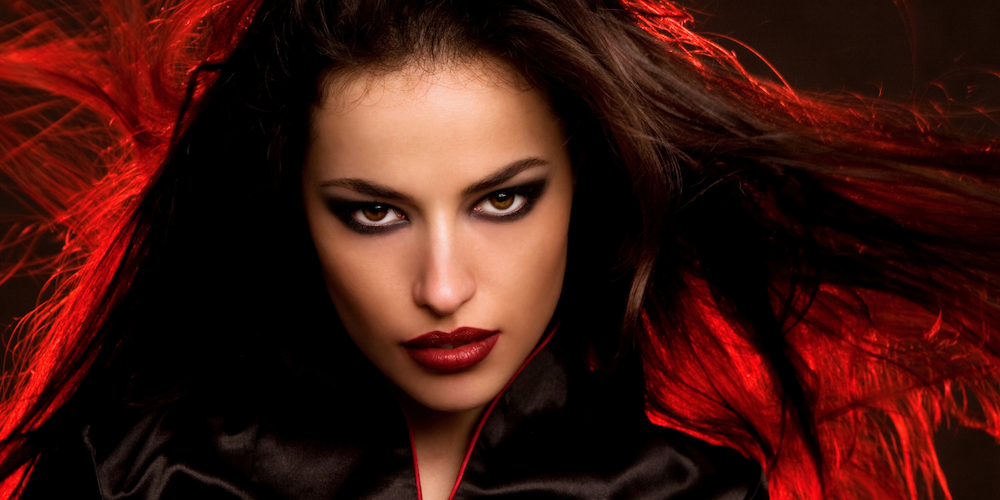 Histrionic personality disorder is often greatly misunderstood largely due to inaccurate information. In a world where normal is different for every individual, there are people who tend to lose the sense of what is normal or what's not.

In this post, we will bring to light the 5 critical behavioral traits that people with histrionic personality disorder possess, what are the likelihoods of such behavioral characteristics, and can these psychologically challenged people be helped in any way.

Are you looking to get started with therapy? Betterhelp is a sponsor of this podcast. Get 10% Off your first month of therapy by clicking the image below. Enjoy professional counseling sessions from the comfort of home. 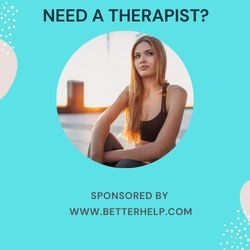 This post discusses in detail the behavioral traits of individuals with a histrionic personality disorder that include a detail-deficient, dramatically impressionistic speech, having an earnest desire to be the center of attention, seeking validation by boastfully mentioning their achievements, using manipulatively shallow and rapidly changing emotions, etc.

Some of the various traits of individuals with a histrionic personality disorder may also show signs of sexually provocative and impulsive behavior, using physical appearance to grab attention and exaggerating an incident to keep the focus fixed on them.

A prominent behavioral trait that these people display includes vigorously seeking and desiring attention. Read further to understand the 5 behavioral traits that people with histrionic personality disorder possess, discussed in detail below. 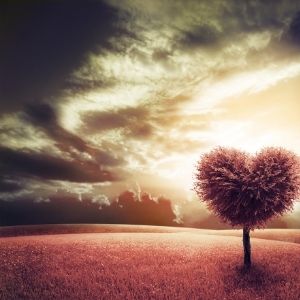 Individuals with Histrionic Personality Disorder tend to have an exaggeratingly dramatic speech that's deficient in necessary details. Without such information, the listener is unable to decipher what the individual means in actuality. Their speech is dramatic, which means that they express strong emotions regarding something while backing it up with little or no factual evidence.

There is a workbook I recommend called: Antisocial, Borderline, Narcissistic and Histrionic Workbook: Treatment Strategies for Cluster B Personality Disorders. See Amazon to check it out.

Their speech is based on unsystematic reactions, which are rather subjective than reality or facts. They are easily influenced by what's happening around them, and when they mention it to you, you are hardly able to make sense out of their speech. Dramatic and exaggerated, their speech is most likely to deviate you from the factual information of the incident. 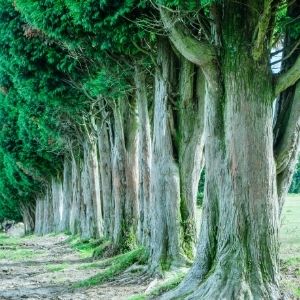 Subject to their reaction to a particular incident, individuals with histrionic personality disorder tend to narrate a much-exaggerated version of the actual incident that is intended to grab the listener's attention negatively.

They hold strong opinions towards something that is factually mild or does not require reaction at all. Since such individuals are attention-seekers, therefore their speeches are made with the objective to grab maximum attention of the listener.

It is alright to have slightly flirtatious behavior. Still, when it begins to make people around you feel rather uncomfortable and embarrassed and mingles inseparably with your causal relationships, then that's where medical assistance is required. 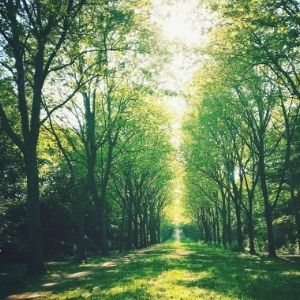 Not all such behaviors need to be given medical attention. However, individuals suffering from histrionic personality disorder tend to possess sexually impulsive behavioral traits.

Individuals that display signs of histrionic personality disorder may indulge in excessive sexual activities and are observed to have multiple partners having sexual relationships with them. Some are observed to be sexually more expressive and tend to grab attention by displaying their body parts, dressing in a sexually provocative manner, making gestures pertaining to sexuality. CBT to stop negative thinking can help.

Such individuals have sexually provocative and impulsive behavioral traits. Some have been reported to have early exposure to sexual activities, are either rape victims, or were sexually manipulated and assaulted, most likely in the early stages of their lives.

Since they are overwhelmed with attention hunger, therefore, individuals with histrionic personality disorder use sexual exposure as a way of seeking attention.

#3 Using Physical Appearance as a Source to Grab Attention

The earnest desire for approval from the people around them, grabbing attention by physical appearance, is one of the behavioral traits commonly observed in people with a histrionic personality disorder.

They often fail to see and recognize their own situation while dramatizing everything around them. Attention is their primary objective for which they use their physical appearance.

They do not dress up according to their inner satisfaction with themselves. Instead, they dress up to please the people around them. In fact, they are relatively more pleased when they successfully grab people's attention with what they wear.

Reassurance feeds them. Their desire to be fed with the attention of their friends, their colleagues, the people they hang out with is insatiably strong. To be the center of attention, they use their physical appearance.

They may end up embarrassing people around them with what they wear as they tend to possess sexually provocative behavior. Still, they mostly dress to impress, and their dress style often wins them their earnestly sought desire to be the center of attention.

Also known as the 'life of the party', the dress sense is quite remarkable since they are too conscious about dressing to freeze all eyes on them.

#4 A Strong Desire to be Center of Attention

Despite having a histrionic personality disorder, individuals with HPD tend to be high-functioning, socially active, and highly skilled. This wins them a lot of attention. Since their earnest desire is to be the center of attention, therefore they are ready to go the extra mile to ensure that the eyes of the people around them are constantly fixed on them.

To be the center of attention, they can come up with disturbing ideas that could upset the people showing signs of histrionic personality disorder.

Individuals that need help with a histrionic personality disorder often use their skills and mastery to manipulate others, preying on them for being able to be in their spotlight. If you want to spot one individual with such behavioral traits, then pay attention to a person around you that is relatively more boastful and tends to point out their goals and achievements as a way of seeking validation from others.

You may feel annoyed by their behavior, but as a matter of fact, these people are unable to comprehend their own situation. They tend to dramatize it in the best way possible to grab attention.

You may want to help them and might want to dig in more as to why people with histrionic personality disorder tend to be so attention-seeking. Some research and studies have suggested that the likelihood of their condition is because of low self-esteem, jealousy, or were deprived of love from an early age.

Some reports also indicate that people with histrionic personality disorder were not given the proper love and attention that people deserve in their early stages of life.

Yes, we sometimes go through a quick shift in our moods, while mood swings are also quite common in women, especially when it is that time of the month or if a woman is pregnant.

So, how can we decipher among the normal mood swings from a much quicker shifting mood? People suffering from an underlying condition of histrionic personality disorder tend to switch perspectives quite rapidly. They are severe and much more rapid than typically people have.

Related: Why Do Panic Attacks Feel Like You're Dying

Although such individuals tend to possess a charming personality that attracts people, enabling individuals with a histrionic personality disorder to win their earnestly sought attention, nonetheless, they are somewhat manipulative and shallow when they try to grab your attention.

They use cognitive and implicit strategies to manipulate you into their lives, keeping you persuasively captivated. You may feel suffocated around them, for they tend to stifle you with their shallow personality.

First and foremost, individuals with histrionic personality disorder lack intelligence, especially emotional ones. Secondly, since they are manipulatively shallow, therefore they highly tend to be materialistic, caring about nothing but about themselves and how they look and how they can manipulate you to get validation from you.

They are judgmental towards everyone except themselves, and since they are self-centered, therefore they tend to incline any relationship for their personal benefit. If you are in a relationship with a person with histrionic personality disorder, you will likely be betrayed.

They may seem to be ugly human beings to you but understand that individuals suffering from histrionic personality disorder are not mean to society deliberately. Instead, they are captivated by an illness or a condition that they themselves are unaware of. What is ugly here is how society treats them or how they were treated in their early stages of life that they ended up like this.

Although there isn't sufficient reasoning as to why people tend to fall into the darkest holes of this personality disorder, in some cases, low self-esteem, abusive family, and love deprivation have been known to have caused the damage. Other reasons may include early exposure to sexual activities, being raped, or having to deal with abusive parenting.

Regardless of the reason and causes, such individuals need supportive people around them. They can be helped if you are willing to lend them yours as a helping hand. However, there isn't a particular test that confirms histrionic personality disorder.

However, someone that displays the signs mentioned above should be given psychological assistance immediately. Therefore, observe closely and be a helping hand for the people around you. A person who believes they may have a personality disorder should contact a trained mental health provider. Thank you for visiting Anxiety Therapist Podcast. 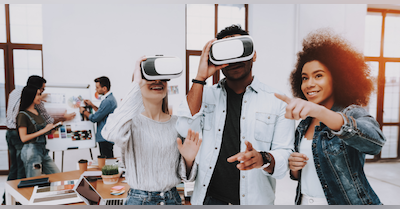 Virtual Reality (VR) has always been a worrisome topic when it comes to human health. It's a common misconception that using VR gadgets negatively affect… 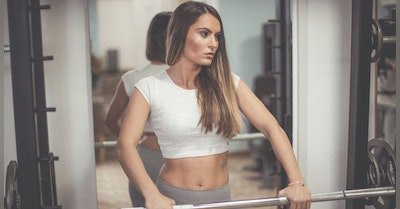 Home gym essentials made easy. 10 best gym equipment products for a working out at home.

Email has been submitted. 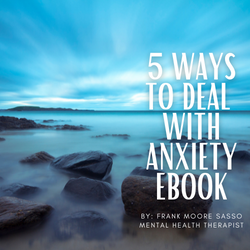